Saint John the Baptist was Jesus’ cousin and is unique among patron saint days as being the only person, other than Jesus, who is commemorated on his birthday, June 24th.  Normally patron saint dates (or feast days, as those named as the saint get to choose the feast that day) are celebrated on the date of death, when he or she had an apparition or a random date.

It was John the Baptist that made the unique practice of baptism for the forgiveness of sins popular and baptized Jesus. 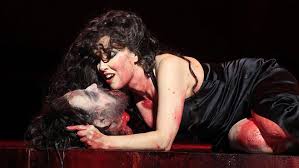 John was a Nazarite, an ancient Jewish sect that believed in abstaining from wine, avoiding cemeteries and never cutting one’s hair.  Consequently John is featured in paintings, films and operas as having long hair, even after the dancer, Salome, had him beheaded.

For those in San Miguel, the tradition on the feast of St. John is to arise before dawn to wash your hair.  For bald men, this assures hair growth while for women it provides fuller hair.  Also, it is auspicious to cut your hair this day as it will grow back faster and stronger.  You will notice hair, particularly on children, is especially well coiffed this day.

The street Diez de Sollano was originally named for John the Baptist, one of six of San Miguel’s patron saints.