Our Lady of the Angels

On August second faithful ask for special indulgences when visiting their church, including the ability to help souls currently in purgatory, awaiting their ascension to heaven.

The popularity of this practice has waned, as has interest in purgatory, yet many San Miguel mothers choose to name their daughters, Angelica, after this version of Mary. 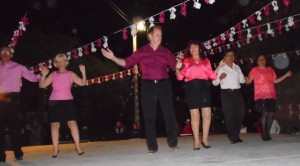 Also, in the tiny village of Three Palms, outside of San Miguel, Our Lady of the Angels is celebrated
for a week with elaborate dancing and music.

Los Angeles, California was named for this image of Mary and later abbreviated to simply Los Angeles.