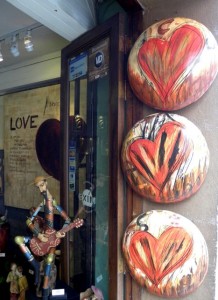 Valentine (or Valentina for a girl) is a popular name based on the early Saint who married Roman soldiers despite laws prohibiting it.  He signed his last letter to his lady friend, “With all my love from your Valentine” which later started the practice of sending Valentine Day cards.