Name value, also called branding, is vital to image and it is important your name is not confused with others having the same name.  For example, my technical writing company was called TPS for over a decade when Jennifer Aniston came out with an office-based comedy that the apex of ridiculous was writing up the “TPS reports”.  Suffice to say the popularity of “TPS reports” signifying trivia made Jennifer Aniston my least favorite Friend. 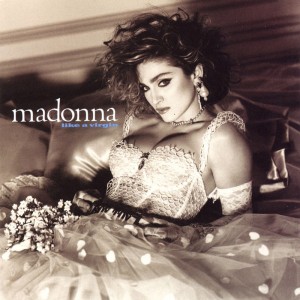 The same confusion could happen with the singer Madonna and Jesus’ Mom, Madonna.  Both are well known Catholics and have been famous seemingly forever yet they are rarely confused with the each other.

Not so with SMA’s two Phillip Neris.

One Phillip Neri was alive in the mid 1500’s Italy when he formed an order of priests based on finding God through music, laughter  and joy.  His order, called the Oratorio (for a complex piece of music) are active in SMA in the Oratorio church.  You can tell the Oratorio priests for their floor length black gowns with matching capes.  I don’t know what they wear on their feet but I never hear them coming.  Suddenly I’ll just see this billowing blackness that appears behind me like a Mexican Dracula. 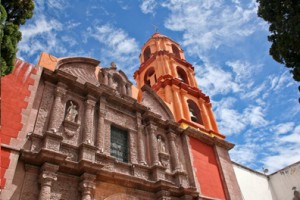 Two hundred years after joke-y Phillip Neri a boy was born in Mexico City on his feast day so his mother named him Phillip Neri de Alfaro.  For ease, I’ll call him Mexican Phillip Neri to separate him from Italian St. Phillip Neri.  Today their images are in front of the Oratorio and despite the mutual name and proximity they had little in common.

Mexican Phillip Neri joined the Oratorio order here in SMA and had the largest impact on faith and culture of any clergy member in SMA’s history.  He build the Temple of Good Health next to Oratorio, the church beside the Parroquia and his piece de resistance, the temple in Atotonilco.  However, while the original Italian Phillip Neri believed in reaching God through music and joy, Mexican Phillip Neri was all about finding the Divine in pain and suffering.  So much so nearly all the traditions we have focusing on Jesus’ painful death during Holy Week began with him.  Mexican Phillip Neri was so firm on pain equaled closeness to God he slept in a casket on the altar of Atotonilco.  This was convenient for when he did die, they merely put a lid on the casket and that is where Mexican Phillip Neri is buried.

So the next time you play the party game of “Who, living or dead, would you invite to dinner?” be sure to specify if you want Happy Hour-friendly Italian Phillip Neri or his more dour namesake Mexican Phillip Neri.  Each would have a very different impact on your imaginary dinner party!