Our Father Who Art in Delores

I was named for first priest of my parents’ Hershey, PA church, but it was really the second priest that left an impact.  Somehow he managed an agreement with the local bishop that in exchange for his prolific fund raising skills he’d never have to move to another parish (much like the Oratorio priests in SMA stay put today).  With this sense of permanence he built everything that was cool in the 1970’s including an indoor skating rink and a rectory laced with plush orange shag and the original cable TV!

Despite that, his accomplishments pale in comparison to Fr. Hidalgo’s, our local founding father in so many ways.

Miguel Hidalgo y Costilla was a unique priest well versed in enlightened theories (forbidden by the Church) including a separation of the Spanish crown from the church. 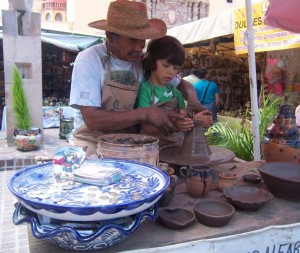 Fr. Hidalgo taught the indigenous to be self-supportive (then a crime) in a wide variety of industries including agriculture, wine making, bee keeping and pottery.

Fr. Hidalgo also questioned the absolute authority of the Spanish king and challenged numerous dogma presented by the Church, including the power of the popes, the virgin birth, and clerical celibacy.  Chastity was seen as more of a personal decision by Hidalgo, having fathered several children with various local gals. 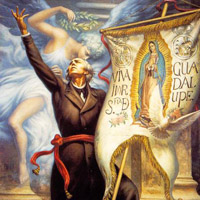 None of that would be remembered today if not for his pivotal role in the revolution from Spain where he grabbed the image of our Lady of Guadalupe from the church in Atotonilco and forever radically changed her’s, his’ and Mexico’s, future on the world stage.  Fr. Hidalgo’s grito (speech) brought about the birth of Mexico as a new nation, free and sovereign.

Ultimately Fr. Hidalgo was a better priest than general and he was caught, ex-communicated and killed alongside Ignacio Allende. 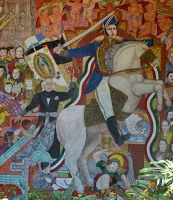 His brave role, like Allende’s,   will forever be remembered in the history, culture and faith of SMA.  Perhaps he wasn’t the best example of a then priest, but like today’s Madonna not being the best example  of “Like a Virgin”, it is those Catholics who think way, way outside the norm that leave the biggest impacts.