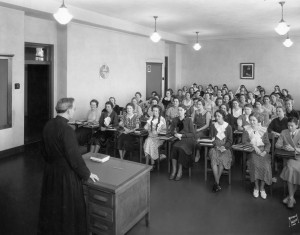 As I child I asked the parish priest why he taught to which he replied “Because you are all my children”.  Even as pre-pubescent I knew once I reached 17, finished high school and was obviously all grown up, it wasn’t him I’d come back to town to visit.

In high school I opted not to ask the chemistry nun with the overbite (Bugs Nunny) because she was mean and questioned my Spanish nun instead.  She insisted she was called to it.  I was rather surprised years later when I routinely took her and Mom to Happy Hours I learned her assignment to teach Spanish was completely arbitrary and she barely kept ahead of her students in the text.

In college I got the most pragmatic answer from a professor that bluntly stated “Because I get to immerse myself in an obscure subject matter I adore and only have to teach occasionally, sporadically.” 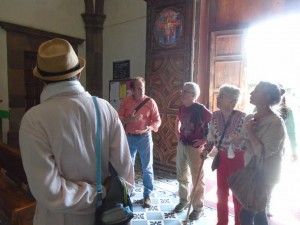 None of these answers addresses why I adore doing the tours on the history and culture of SMA.  Yes, I do immerse myself in an obscure subject matter.  Yes, on some level, I do feel called to it but I don’t consider my tour attendees my children.  Rather they are an endless source of interest and amusement.

An early client was a gal my height (I’m tall) but twice my width.  For a living she was a cabaret singer on gay cruise lines.  Honestly, I had no idea that was even a possible career track!  A few years back when the plump English singer, Adele, made it big folks confused her with Adele and, as this gal plainly stated, “I never had so much sex!”

Then there was the lady from Louisiana who sounded, and looked, just like Reba McEntire without the stage make up.  I so badly wanted to not say a word and simply listen to her lilt (and maybe sing some songs) but realized that is probably not what she was paying for a tour for!

I had a mother/daughter on the tour last week and I learned the daughter studied relics in college.  She said “I’ve many dead friends that were dead when we met.”  Now she is going to Yale law school and was the fastest to recognize my end of tour question to ID a virgin in a painting. 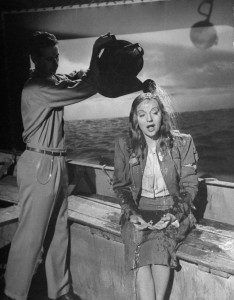 Recently I had a private tour with some backstage Broadway professionals.  The thought I made folks that live in the world of professional entertainment, that have seen great entertainment feats almost daily as part of their work, laugh at my stories made me feel very good.

The downside to leading tours is, following an initial rush, I can sleep for hours.  To quote another Broadway professional, Tallulah Bankhead, “Being me is tiring; sometimes even I have troubles doing it.”